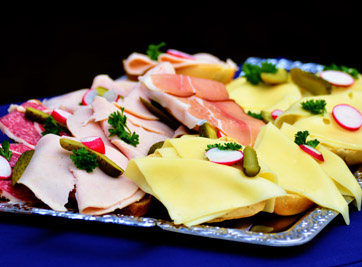 Riboflavin is an orangish-yellow crystalline powder and is naturally occurring in milk, cheese, leafy green vegetables, liver, yeast, almonds and mature soya beans. Although minute amounts are present in all plant and animal cells, the richest natural source is found in yeast. Free forms of riboflavin occur in the retina of the eye, whey, and urine. Riboflavin melts around 280°C and its saturated solution is neutral to litmus. Dry riboflavin is not affected by diffused light but when in solution, light induces deterioration. It is slightly soluble in water, insoluble in ether, alcohol and, chloroform, and very soluble in dilute solutions of alkalies. As an alternative, Riboflavin-5’-Phosphate provides better solubility. Riboflavin is bright yellow in color and in addition to being used as food coloring, it is also known as Vitamin B2 and used to fortify some foods.

Riboflavins are added to foods and beverages at concentrations in more than 70 food categories up to a maximum permitted level (MPL) as established by the Codex Alimentarius Commission and published in the General Standard of Food Additives (GSFA). The provisions are defined at the additive group level, and thus apply to the total content of the additives participating in this group: Riboflavin, synthetic (INS No. 101(i)); Riboflavin 5’-phosphate sodium (INS No. 101(ii)); and Riboflavin from Bacillus subtilis (INS No. 101(iii)).

USA: Riboflavin is exempt from certification and may be safely used for the coloring of foods generally, in amounts consistent with GMP (21 CFR 73.450).

EU: No ADI allocated (2013). Currently, riboflavins are authorized food additives in the EU at quantum satis in all foodstuffs except for concentrations up to 100 mg/L in aromatized wines and aromatized wine-based drinks (Americano, bitter soda).

In vivo test in mice revealed that riboflavin is not genotoxic. Ames assays using the bacterium Salmonella typhimurium revealed that riboflavin is not mutagenic. Riboflavin gave negative results in the yeast Saccharomyces cerevisiae, Escherichia coli bacteria and ‘rec’ assay using E. coli, the latter two were conducted with and without S9. No overt toxic effects were observed in humans who received repeated oral doses of about 0.15-200 mg riboflavin/kg bw/day for up to 8 months. The oral LD50 of riboflavin in rats is >10,000 mg/kg. No toxic symptoms occurred when dogs were fed a single 2000 mg/kg dose of riboflavin. Subcutaneous injections of riboflavin in doses of 5000 mg/kg produced no adverse effects in rats. No overt effects or gross changes in an unspecified range of organs were observed in four dogs ingesting 25 mg riboflavin/kg bw/day for 5 months. Although one study reported a reduction in the number of litters when female rats were fed 10 mg riboflavin/kg bw/day in the diet for 2 wk prior to mating and throughout pregnancy, the number of pups per litter, mean birth weight and weaning weight were unaffected by treatment. Riboflavin is readily absorbed from the lower part of the small intestine and excreted into the upper part. The limited amount of riboflavin absorbed in the large intestine is rapidly destroyed. Administration of riboflavin in rats and humans results in rapid excretion of the vitamin in the urine.