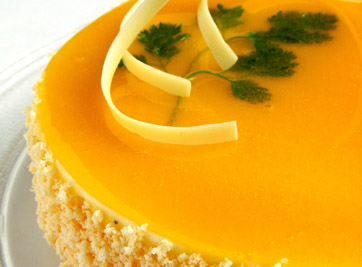 β- Carotene is prepared synthetically or obtained from natural sources. Synthetic β- Carotene occurs as red crystals or as crystalline powder. It consists predominantly of all-trans-β-carotene, but may also contain minor amounts of cis-isomers and other carotenoids such as all-trans-retinal, beta-apo-12′-carotenal, and beta-apo-10′-carotenal.

Carotenes (vegetable) are obtained by solvent extraction of carrots (Daucus carota), oil of palm fruit (Elaeis guinensis), sweet potato (Ipomoea batatas) and other edible plants with subsequent purification. The main coloring principles are alpha-and β-Carotenes of which β-Carotene account for the major part. Carrot oil is the liquid or solid portion of the mixture or the mixture itself obtained by the hexane extraction of edible carrots.

β-Carotene from Blakeslea trispora occurs as red, brownish-red, or purple-violet crystals or as crystalline powder, with  the color varying depending on the solvents used and the crystallization conditions. β-Carotene from Blakeslea trispora consists predominantly of all-trans-β-carotene, but may also contain minor amounts of cis-isomers and other carotenoids, of which γ-carotene is the most characteristic type.

β-Carotene-Rich Extract from Dunaliella salina is obtained by extraction from strains of the algae Dunaliella salina using the essential oil d-limonene. The extract is then prepared as a suspension in vegetable oil after removal of the essential oil. The main coloring principles are trans- and cis–isomers of ß-carotene together with minor amounts of other carotenes including α-carotene, lutein, zeaxanthin and cryptoxanthin.

Evaluation of certain food additives: prepared by the Eighty-fourth meeting of the Joint FAO/WHO Expert Committee on Food Additives (JECFA). Geneva: World Health Organization and Food and Agriculture Organization of the United Nations; 2019 (WHO Food Additives Series, No. 75). Available online