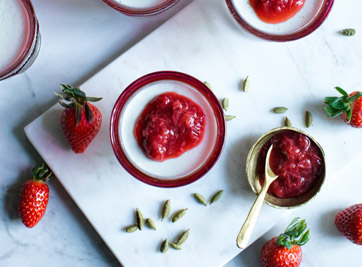 Allura red is principally the disodium salt of 6-hydroxy-5-[(2-methoxy-5-methyl-4-sulfophenyl)azo]-2-naphthalenesulfonic acid. Allura red is an orange red dye that has a red to brownish shade in applications.

Allura red is added to foods and beverages at concentrations up to a maximum permitted level (MPL) in more than 50 food categories as established by the Codex Alimentarius Commission and published in the General Standard of Food Additives (GSFA).

EU: ADI of 0-7 mg/kg body weight (EFSA, 2009); EFSA has also established MPLs for use of Allura red AC in specific foods and beverages in Europe.

Allura red is a monoazo dye that is widely used as a synthetic food color in many countries around the world. It was evaluated by the Joint FAO/WHO Expert Committee on Food Additives in 1981 and re-evaluated in 2016. It has also been evaluated by the EU Scientific Committee for Food (SCF) in 1984 and 1989 and by the European Food Safety Authority (EFSA) in 2009, 2012, and 2013.  An Acceptable Daily Intake (ADI) of 0-7 mg/kg body weight (bw)/day was established by JECFA in 1981, and during its re-evaluation of the color in 2016, JECFA concluded that new data that became available since its last evaluation do not give reason to revise the ADI and confirmed the ADI of 0–7 mg/kg bw. This ADI has also been maintained by the European review committees.